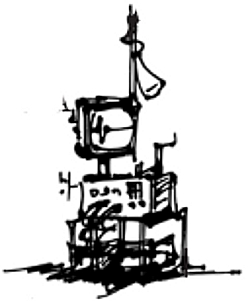 “Aeish,” Su-Bin moaned, pumping away at the body. “How much longer do we have to do this?” Her eyes pleaded to me, Your turn.

“Shouldn’t be long,” Kang-Shik said, glancing over at the family. They’d stopped watching. “It’s been about forty-five minutes already.”

I placed my joined hands on her bony white chest, and braced my elbows. Her pretty cotton blouse was open wide, from when we’d used the defibrillator on her. Pump, pump, pump. The ache in my shoulders resumed. Someone’s grandma, long dead. She’d been brought in already pale and stiff, but Chief Resident Kim had recognized the family waiting in the lobby.

“Hick bastards. They’re from Iksan… four hours’ drive,” he’d said, glancing at the corpse with a yawn. “Try CPR for an hour or so, out here in the hall, where they can see. Don’t want ’em complaining we didn’t try, like last time. Don’t bug me again unless it’s necessary.” Then he’d hurried back to resume his catnap.

You can’t finish med school and still be weirded out by corpses. It’s impossible. You’re used to the cold, the stiffness, the lifeless stare: they’re familiar, even comfortable. But sometimes older, deeper instincts kick in. Sometimes you meet their eyes, or touch their icy skin, and shiver.

A father and daughter passed by as I pumped at the corpse. His gaze met mine, slipped down to the dead body, and suddenly he looked away. He clumsily yanked his girl’s arm, roughly dragging the wide-eyed kid toward the lobby. I caught his anxious backward glance. In the harsh waiting-room light, the bluish tinge around his neck was more pronounced.

Suddenly, the corpse began to cough. It hacked and choked until an enormous glob of yellow-gray sputum leaped from its mouth to the floor. Its cold, still-dead eyes met mine. I watched them slowly go bloodshot. Then they blinked, and stayed shut as it drew a long, wheezing breath.

I lifted my hands from its chest, and stood back. Slowly, it raised itself up and swung its legs down to the floor. Its chest was alarmingly convex: we’d broken more of its tortured ribs, compounded past fractures that would never heal. Kang-Shik swung a supportive arm round its shoulder, and smiled winningly as the pekid farm family shambled over.

I nodded, glancing toward the lobby again. The guy with the kid was staring. Had I revived him? I couldn’t remember. I hoped he wouldn’t come try to talk to me. You hear stories about the ones who come back more intact. Their appetites.

I rubbed my eyes and stretched. Su-Bin stared at me as she reached for the corpse’s chart.

“You need sleep,” she said.

“Yeah,” I said, nodding. “Maybe.” But first-year residents don’t get to sleep.

As she scribbled on the chart, my beeper buzzed again.

“Dyscrasia” was published in 2007 as part of the experimental Postcards from Hell series, edited by Jeff Crook. For more on the story, see here. By chance, the image that accompanied the story was done by my good friend (and fellow graduate of Clarion West 2006) Tina Connolly.

UPDATE (28 Oct. 2012): Tina has also podcast this story, a number of years later, over at her Toasted Cake podcast.