After reading your publication’s special issue focused on the debate over the so-called “junk-DNA babies” and GM research, I felt obligated to comment.

I am a genetics-therapy counselor. People come to me everyday, asking: “Why can’t I have kids? Why me?” The less fortunate ask, “Why did my kid end up like this? Don’t you people know what you’re doing?”

The suffering these latter parents undergo is unimaginable. The genetic and developmental illnesses of the past — for example, thalidomide babies, autism, and fetal alcohol syndrome — seem almost trivial compared to the conditions of babies born to unknowing parents who underwent mainstream in vitro genetic therapy during the early biotech boom a few decades ago.

Imagine your newborn baby covered with thick fur, or a chitinous carapace, or extra, nonhuman limbs. Imagine catching your two-year-old daughter laying small, thumb-sized pink eggs on her playroom floor. These are just a few examples real cases of clients I’ve counseled myself. Their questioning of the scientific establishment and the biotech industry’s competence is absolutely understandable.

I tell them that we do know what we’re doing now, much more than we did a generation ago. That we have learned from the mistakes we’ve made, and will not repeat them again.

This answer hasn’t satisfied anyone yet… but it’s the truth. For all their childrens’ suffering, the parents who come to see me have led very normal, healthy lives. That they remained unaware of their in vitro genetic treatments before pregnancy demonstrates how successfully their modifications warded off disease and minizmied contact with the medical establishment. Is involuntary childlessness too high a price for them to pay, given such benefits? 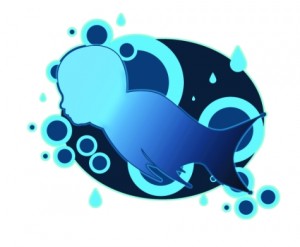 A man who’d undergone preemptive genetic alteration visited me the other day. His alterations were aimed at preventing early-onset Alzheimer’s, a profoundly disruptive condition that would have directly affected the quality of his life. It took some time, but finally he agreed that the alterations made to his genes had been effective, and truly had benefited him. Unfortunately, they had been made before the differentiation of his sex cells.

But at the time when he was conceived, the only treatment method technologically and economically available was to modify his genes before cell differentiation. The stripping of so-called “junk DNA” and its replacement with coded marker sequences was the easiest way to ensure quick, effective deployment of the viral reverse-transcriptase payload and the easiest way to target only the genes needed. If only “junk DNA” had actually been mere junk.

A generation ago, there was every indication that it was. Noncoding DNA had (and still generally has) zero apparent impact on the functioning of somatic cells. Plenty of species, like copepods, certain roundworm species, and sciarid flies, have been naturally excising their noncoding DNA when forming their somatic cells for millennia without problems of this kind, for example. And in the short term, it has been an excellent method, which is why, even as scientists began to speculate about the role of “junk DNA” in long-term genomic stability, the industry of genetic treatment continued as it had done for years. Short term success simply wouldn’t heed the alarms of long-term problems, until it was too late.

I understand their plight, and the stigma they suffer under, better than most people can. I face it everyday myself. I was treated in vitro for several familial cancer predispositions, and for other specific long-term epigenetic factors. Like many, I remained unaware of this fact until an ultrasound revealed my son’s condition to my wife and me.

My son is now three years old. He was born armless, legless, with fins and a set of gills on his neck, and after he was born, he began to drown in the dry air of the delivery room. My ex-wife, whose genes were unmodified, was not shown him until hours after his birth. We had been warned of his condition months before, but there are things for which it is impossible adequately to brace oneself. I doubt that either of us shall ever fully recover from the shock.

His face, with its wide black eyes and jagged teeth, the mottled blue-black skin of his body, combined with the unmistakably human sound of his infant cry horrified me, and I instinctively hated my child. The memory of that feeling, in a moment that should have been filled with joy, is a burden that will weigh upon me for the rest of my life.

But I have adjusted, and now I care for my son in his mother’s absence — like many, she was understandably too distraught to parent a child like Christopher. I have a tank in my home that is large enough to accommodate him, and through our awkward mode of communication, I try to show him love. I see intelligence in his eyes, a very human intelligence, but I have, finally, given up all hope of communication.

Yet I do not blame my parents, or the scientists of the past. It’s wrong to criticize people who long ago had their children’s genes modified. After all, they were all simply doing the best they could for us, their children, at the time.

This all shows that more, not less, research is needed. Caution is indeed important, but we must not cut off research funding. Those who call for a moratorium are mistaken in thinking that tragedies will be averted; turning our backs on research will result in more such tragedies. Despite past mistakes, we must not abandon our quest to understand our own genome, who are are and what we are to become.

Junk was originally published in the Futures column of Nature (Vol 448: 2 August, 2007). It is available at Nature’s website, but only through authorized subscribing institutions. My story notes for Junk are here. The art above is the same art that appeared with the original publication; it is by the inimitable Jacey (Jason Jaroslav Cook).

One response to Junk